Skip to content
Last week I shared the opening chapters to my horror thriller, PayBack Week. This week I thought I’d give a sneak preview inside the supernatural horror Raven and Skull.
Raven and Skull by Ashley Lister
Jean-Paul Sartre said, ‘Hell is other people.’ But he was only half right. Hell is the other people who work in the offices of Raven and Skull. After a week of horror and upset, six colleagues from the Raven and Skull offices get together in the pub to exchange stories and decide which of them has had the worst week. Each one has had a week plagued by adultery, theft, betrayal, murder, cannibalism, black magic and death. The stories they share are dark and twisted and reflect the regular reality of Raven and Skull.
Do you dare to hear what they have to say? 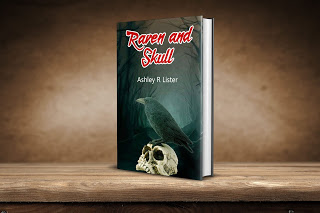 To continue enjoying Raven and Skull, you can find the full length title here – https://www.amazon.co.uk/dp/B08CCK4MBV/ref=sr_1_1?dchild=1&keywords=raven+and+skull+ashley+lister&qid=1593924195&s=books&sr=1-1