Skip to content
DAVID A. MIDDLETON is a Preston based actor, scriptwriter and poet. 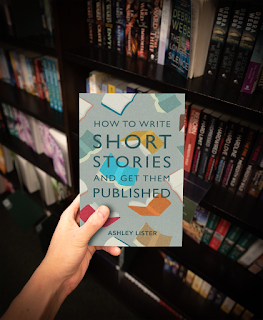 Short story writing lies in the subtle, the nuanced. This approach places the short story on the ethereal plateau between poetry and prose. Being implicit, without being cryptic avails the writer with an opportunity to engage their reader and work comfortably within a strict word count. In order to illustrate the benefits of nuances in short story writing I propose to look at two very short stories; Ernest Hemmingway’s six word story and a tale that was told to me as a teenager and has stuck in my mind ever since – although I have never been able to trace its origins, it’s quite possible the swine who told it to me wrote it, either way, it’s horrible!
Let’s have a look at ‘the shortest ghost story in the world’.
‘The last man on earth was sat in his house and there was a knock at the door.’
If Hemingway is going to take us to the ethereal plains between poetry and prose, then this places us in the Trainspotting latrine between prose and a Dad joke. It still functions but lacks finesse and beauty. It is mechanical and far from subtle. The only thing that makes it a ghost story is that it specifies that there’s only one man left on the earth. Technically one could infer that the knock was the last woman on the earth coming to complain about the noise, which rather negates the ghost bit, but maybe that’s reading TOO much into it, which is rather the point.
Let’s turn our attention to Papa Hemingway, master of the understated.
‘For sale: baby shoes, never worn’
It works because, like poetry, every word counts. Each word is crafted with intent. There exists a beautiful relationship between writer, writing and the reader. Hemingway imbues each word with implicit meanings that the reader unlocks. The human mind constantly tries to make sense of things, tries to create narratives. Slowly the tragedy within dawns on the reader. That’s not to say that the reader does all the work, all the information is there for us, but we invest in the piece as we unravel it.
Impregnate each word with meaning, choose the understated, choose the profound. Choose a f*%cking amazing story crafted with the implicit, the nuanced. Let your short story be poetry, let your story be subtle.
About David A Middleton
Having written poetry and prose for much of his early life, David attended UCLan, where he developed a keen interest in script writing, fusing both elements of his undergraduate degree, Drama and Theatre Studies with Creative Writing. He then developed his craft whilst studying a Master’s degree in Creative Writing, again at UCLan. He then went onto hone his art through many collaborations, also founding House of Misery Presents theatre company (or HMP), which through their various performances and residencies, ‘aimed to bring theatre to those who would not normally go to the theatre’. In more recent times David’s work with HMP has been the production of short comedy series for YouTube, which are developed through methods involving large elements of improvisation in the writing process. His areas of research are Lancashire dialect voices in scriptwriting and more recently his doctoral research has begun examining the utilisation of improvisation within the writing process.
Contact: david.a.middleton@outlook.com
HOUSE OF MISERY PRESENTS (HMP) is a theatre company founded by David A. Middleton and Justine Flynn in 2016. During a residency at The Plungington Hotel HMP developed the Comedy Sketch Quiz, which fused live comedy sketch performances with the classic pub quiz, availing patrons to experience theatre where they perhaps might not otherwise be exposed to. HMP then made the move to YouTube, writing and producing many comedy series crafted to suit the format of short accessible webisodes. In more recent times HMP have begun to create longer series and short films.
https://www.youtube.com/channel/UCt-Itbwe-szwEd-1d-41TOQ
https://www.facebook.com/houseofmiserypresents/
THE WASTREL’S TALE is a poem written in Middle English and in the style of Chaucer’s Canterbury Tales. The poem is taken from a cycle of poems, ‘Literature and Liquor’, which combines homage and parody of classic poetic works with notions of revelry and drinking in Lancashire.
The Wastrel’s Tale read by The Punning Rump can be viewed via this link: https://www.youtube.com/watch?v=41sVIzrsRHM
The Wastrel’s Tale
Whan day in Aprille, as I stod;
Whine in honde, ale in flod.
Roote in mowthe, smock in lunges,
Smyle vppon lippes, schuldres shrugged.
Whannting cumfort and to harden,
And to danse in sum lady’s gairdin.
Sonne ute, as raer in northern shires,
As min cloke tooke off in flaymed desyre.
Whan a maiden faire, to I tooke,
And woold offre to fil op hir cuppe.
So ful of whine and ful in dresse,
As to me; to proove hir worthynesse.
So to hir tayble beginnen min pilgrimage;
Ful of ale and as suche corage.
Twixt revellers and sleepye fooles,
I licken min lippes, for to sharpenen me tooles.
But with sonne and ale min resolve,
Beginnen to wayver and thense dissolve.
And so affearred of a snubbe,
I wenden on paste and utte the pubbe!