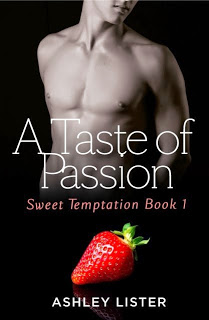 I’ve had emails from readers who are curious about how I came up with the idea for A Taste of Passion. The truth is, I was inspired by a genuine couple.

I was at an awards ceremony. It was a fairly glamorous affair held in the ballroom of a prestigious hotel. I won’t bore you with the details of what the awards were commemorating. It’s enough to say I was nominated but I didn’t win and I still feel as though I was cheated. However, I came away from the day with something more important than an award. I came away from the day with an idea for a story.

The seating arrangements were designed for networking. Few people knew the person sitting next to them. Only married couples were seated side-by-side. I guess, as well as being an awards ceremony, it was supposed to be a chance to chat and make new connections.

There were a couple of hundred people at the ceremony and I was sitting with eleven strangers and trying to make polite conversation. I’m a writer, which means that indulging in polite conversation is never going to be considered my subject specialism. Nevertheless, I tried to do the polite conversation thing and ended up in a lengthy discussion with a software engineer who was keen to tell me about practical advances in unix-based VLEs.

It wasn’t as interesting as it sounds.

A couple sat opposite me.

He had grey hair. He looked mature and dignified. The woman with him looked young enough to be his daughter. Judging from the way they held hands, kissed and smiled at each other, it was obvious she wasn’t his daughter.

Despite the obvious difference in their ages they were clearly besotted with each other. They touched whilst they talked. They made regular eye contact with each other when they weren’t talking. Intermittently, they each blushed, as though psychically sharing a naughty memory. The bustle and the clatter of the hotel around them was clearly of tertiary importance. All that mattered to either of them was the person they were sitting with.

I’ve written lots of fiction and I know that all fiction depends on conflict. I wondered what sort of story I could tell about a couple who had to overcome the conflict of an age difference. I didn’t want to write about a central character who longs for a ‘daddy’ figure. I know that such interests have been explored by a wealth of writers with better ability than myself. I simply wanted to write about a couple who were ideal for each other except for the inconvenience of an age gap.

This was the idea that started A Taste of Passion.

“The author develops a great story of steamy romance between a well known mature chef, Bill, and a young graduate of culinary, Trudy. Their age difference causes much consternation with Trudy’s friends. Looking forward to the release of the next book.” 5/5 STARS